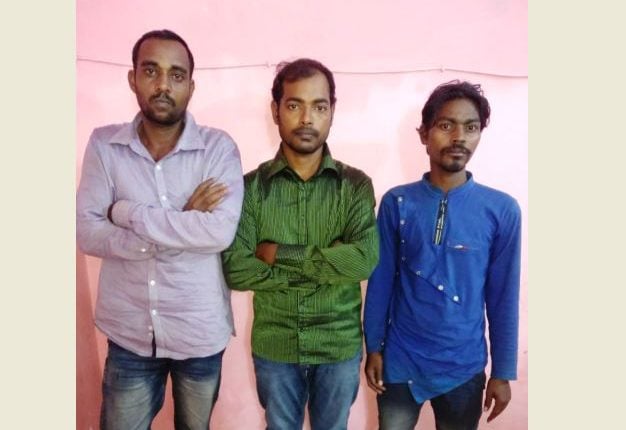 The accused have been identified as Dayanidhi Barad (37), Pravat Kumar Chauhan (35) and Surya Ghadai (23).  Police have also seized one car and four mobile phones from the possession of both the accused.