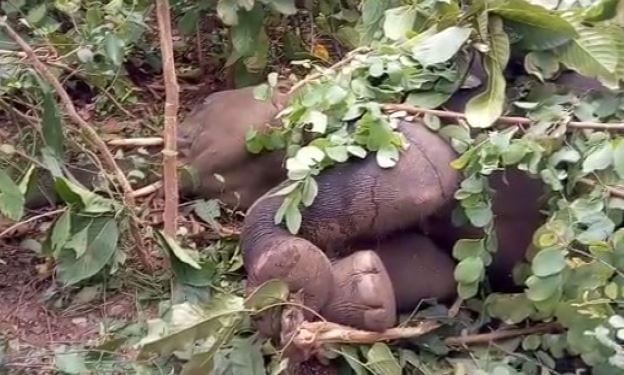 Angul: Putting pachyderm population in the State at risk, at least two elephants have died in Athamallik Forest Division in Angul district within 24 hours.

As per the report, a tusker found dead inside Siddhapur Khesara forest late last night post which forest officials swung into action.

While carrying out preliminary investigation the forest officials found fatal injury mark on the body of the carcass pointing at a mishap or sickness.

The officials are waiting for the autopsy report to ascertain the cause of the death.

Notably, in a similar incident on Sunday, a tusker aged around 30 years had died after coming in contact with a high power electric wire in Laxmipur area.

J&K comes under pan-India rule on recruitment of bureaucrats