2 Killed Including Women Labourer As Tractor Turned Turtle In Odisha 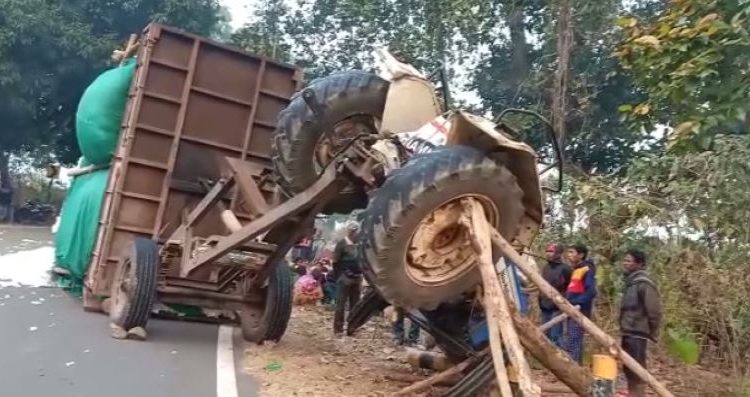 Rayagada: In a tragic incident, a woman labourer and the driver were killed as a tractor overturned near Trikalapadu under Kalyansinghpur block of Rayagada district late last night.

Two others sustained critical injuries in the accident.

Reports said, the cotton-laden vehicle was heading towards Belakana village from Majhiguda village with three women, when the tractor turned turtle resulting in the death of the driver on the spot.

The locals immediately rushed the injured three woman to the District Headquarters Hospital (DHH), where one of them died while undergoing treatment.

Later, the Kalyansinghpur police reached the spot and have started an investigation into the incident.