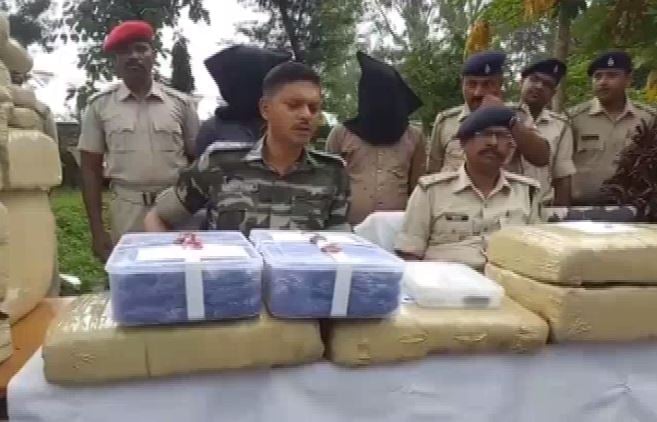 The held peddler duo has been identified as residents of Rohtas in Bihar. Police have not revealed their names yet.

Acting upon a tip-off on the ganja consignment which was being transported to Rohtas from Odisha’s Angul district via Kutra-Salgabahal road in Sundergarh district, Jharkhand police conducted a raid in Simdega last night.

During the raid, police found several packs of ganja being transported inside the dicky specially designed for the purpose under the rear seat of a Bolero. After seizing the drugs cops took the peddlers into custody for interrogation.

Informing on the raid Simdega SP Sanjeev Kumar said, the peddlers were under police’s radar for past few months and police had information on the ganja trade operating from Odisha. The seized ganja would cost approximately Rs 25 lakh, he added.