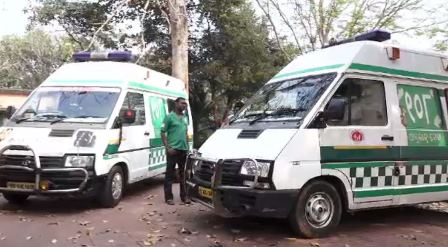 Bhubaneswar: In what can be considered a huge relief for the common people of Odisha, employees of the 108 Ambulance service called off their indefinite strike on Friday.

Hundreds of 108 ambulances remained off the roads as the employees of the emergency services launched an indefinite strike protesting against the arrest of Manoj Sahu, the Balangir district president of the ambulance employees’ association.

Sahu was arrested under the ST, SC Atrocities Act on the basis of a complaint filed by Dhaneshwar Tirkey, a Ziqitza Health Care official, on Monday. The complaint is believed to be a fallout of a heated argument between Sahu and Tirkey at the Balangir DHH on August 9.

Ziqitza Health Care is a private party which partners with the State Government to operate ambulance service.