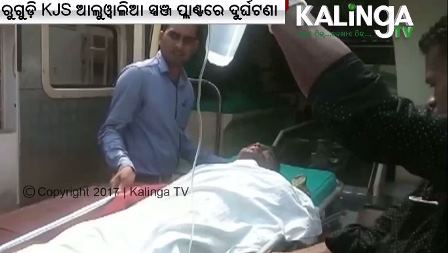 Keonjhar: A man went missing and 11 others were injured in a blast at KJS Ahluwalia sponge plant under Rugudi police limits in the district on Friday.

While the injured were rushed to the Joda hospital, search operation is on to trace the missing labourer. Out of 11 injured, four persons have been shifted to SCB Medical College and Hospital in Cuttack.

The workers staged a demonstration on the premises of the plant following the accident. Police have reached the spot to take stock of the situation and trying to ascertain the cause of the mishap.

“A blast at KJS Ahluwalia sponge plant took place at around 9AM today which left at least 11 labourers injured. While seven of them were admitted to Joda hospital, four others were shifted to Cuttack Hospital. Investigation is on to find out the reason behind the blast. Stringent action will be taken against those who found guilty in the matter,” informed DSP Harischandra Pandey.