A photographer has amazed the world with his unique photography of a stack of lightning shots that he clicked during a storm. The marvelous still was taken by photographer Fendy Gan in the Klang Valley in Malaysia.

The image is a compilation of 32 individual shots snapped over the course of 40 minutes. The starling lightning storm was shot above the city of Kuala Lumpur.

In a report in Newsweek, Fendy stated that he set his camera on interval shooting and merged the results with photoshop.

“We get plenty of lightning most of the year. But this particular storm was extra special because of how clear the sky was and how frequent the strikes were,” Fendy said.

Fendy posted a series of pictures and a video of the lightning on his Instagram. He captioned his post, “Don’t mess with Mother Nature!⚡️ This image is a stack of 32 shots taken over the course of 40 minutes. Too much? Kuala Lumpur, Malaysia”

Anand Mahindra puts end to dilemma over the pronunciation of…

This Pakistani man has an uncanny resemblance to Rajinikanth

Viral pic: The ‘first man made by God’ has an…

Due to Malaysia’s tropical climate and location, lightning strikes are a very common occurrence there. Thunderstorms in the country are quite spectacular, violent, and frequent. The Klang Valley reportedly has an average of 240 days of thunderstorms in a year.

According to Fendy, Klang Valley has some of the highest lightning strike frequencies in the world.

Fendy’s post has garnered more than 7k likes and the numbers keep increasing. Netizens were awestruck by the images and couldn’t hold back from writing their reactions. One person commented, “What a spectacular capture of mother nature’s drama. Exceptional video” and another user wrote, “On Another Level!”

Here’s how others reacted: 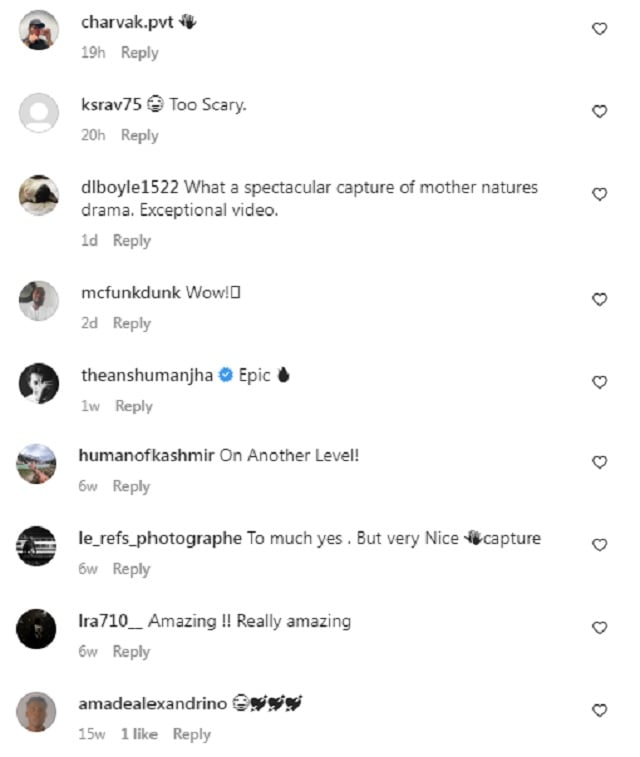 Deepika to star opposite Mahesh Babu in Rajamouli’s next film