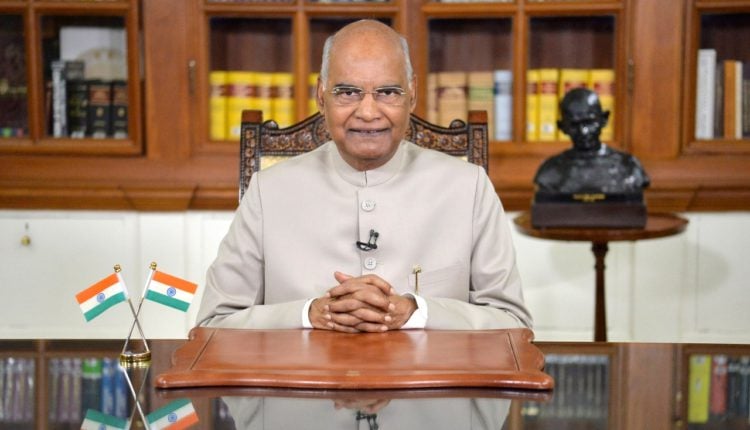 New Delhi: President Ram Nath Kovind praised the role of the Corona warriors while address to the nation on the eve of the 74th Independence Day on Friday evening.

“The nation is indebted to the doctors, nurses and other health workers who have been continuously on the forefront of our fight against Covid-19. Unfortunately, many of them have lost their lives battling the pandemic. They are our national heroes,” said President Kovind.

The President remembered the freedom fighters and martyrs in his speech, whose sacrifices, he said, have enabled countrymen to live in an independent nation.

Kovind began his speech by remembering Mahatma Gandhi. “We are fortunate that Mahatma Gandhi became the guiding light of our freedom movement. His quest for equality and justice is the mantra for our Republic. I am glad to see the younger generations re-discover Gandhiji,” he said.

The President also praised the government’s role in providing free ration to crores of people during the pandemic, besides lauding the initiative to bring back scores of Indians stuck on foreign shores owing to the Covid-induced lockdown.

He said that the Independence Day celebrations this year will be restrained due to the global pandemic.

Liverpool Wonderboy Arat Hosseini Tipped To Be Next Messi! Watch His Football Skills