E-passports for indians soon, Know what it is and how to apply 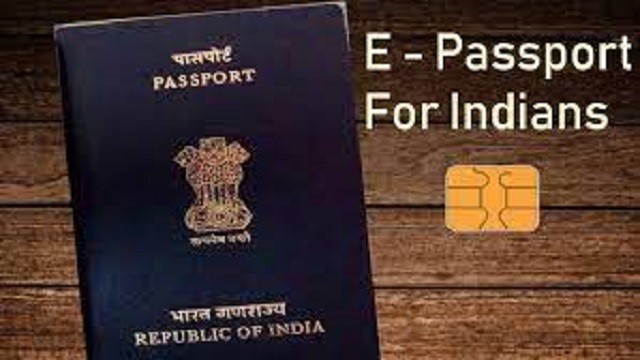 Some good news for the citizens. Recently, the government of India has announced that it will soon start issuing ePassports to citizens applying for a new passport or renewing their expiring passport.

He added that the travel document will be based on secure biometric data and ensure smooth passage through immigration posts globally.

More than 12.8 million passports were issued in 2019 by the Passport Issuing Authorities (PIA) in India and abroad, making India the largest passport issuer globally after China and the United States.

What is an E-passport?

E-Passport is an upgrade to the traditional passport and is aimed at making it more secure and ensuring smooth passage through immigration posts globally.

This is a special passport which is chip enabled and cannot be tampered with and it has advanced security features. If anyone tries to tamper with the chip in the passport, the system will detect it. Once detected the verification of the passport at the airport will fail.

All the personal details of the traveler will be digitally signed and stored in a chip and this will be embedded in the passport.

The software for the ePassport has been developed by IIT Kanpur and the National Informatics Centre (NIC). The government has given approval to the India Security Press, Nashik for procuring electronic contactless inlays for manufacturing ePassports.

The government of India has issued 20,000 official and diplomatic ePassports. The first ePassport in India was issued to the then President of India, Pratibha Patil in 2008.

How to apply for an E-passport ?

When will the E-passports be launched?

In 2016, then Minister of State for External Affairs VK Singh said chip-embedded ePassports would be introduced by early 2017.

Again in June 2020, External Affairs Minister S Jaishankar said the procurement process for the production of chip-based passports was underway. He also said the process needs to be hastened.

All 36 passport offices in India are set to issue ePassports after components of the personalisation system are inducted in the existing passport issuance system.