New Delhi: The mortal remains of senior Congress leader and three-time Delhi Chief Minister Sheila Dikshit were brought to the Congress headquarters in central Delhi, from where the funeral procession will move to Nigam Bodh Ghat, on the banks of the Yamuna, around 2:30 pm.

Before her body was taken out, inside the airy home with a spacious lawn, people walked in silence as they gave their respects to Sheila Dikshit.

The vehicle that is carrying her body has white flowers hanging from the chassis and a large smiling portrait of the veteran leader pinned above the front windshield.

“She was a great support for me. She became almost an elder sister and a friend. This is a big loss for the Congress party. I will always remember her,” Mrs Gandhi told news agency ANI this afternoon.

Born in Punjab’s Kapurthala, Sheila Dikshit had served as Delhi’s chief minister for three consecutive terms between 1998 and 2013. She was succeeded by Aam Aadmi Party’s Arvind Kejriwal. After her stint as Delhi chief minister, she went to Kerala’s as the Governor in 2014, but resigned in just six months. 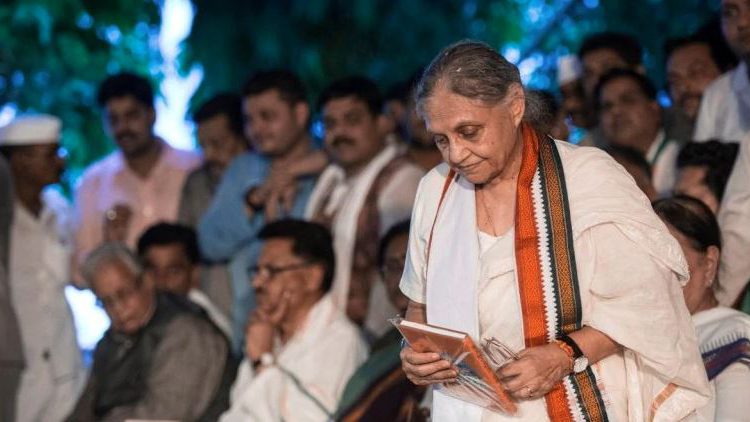 On Sunday, she was admitted to Fortis Escorts hospital in a critical condition. She passed away at 3.55 pm last afternoon, her family members said. The hospital, in a statement, said despite all resuscitative efforts, Sheila Dikshit died after a cardiac arrest.

Prabhas and Shraddha Kapoor’s ‘Saaho’ gets a new release date