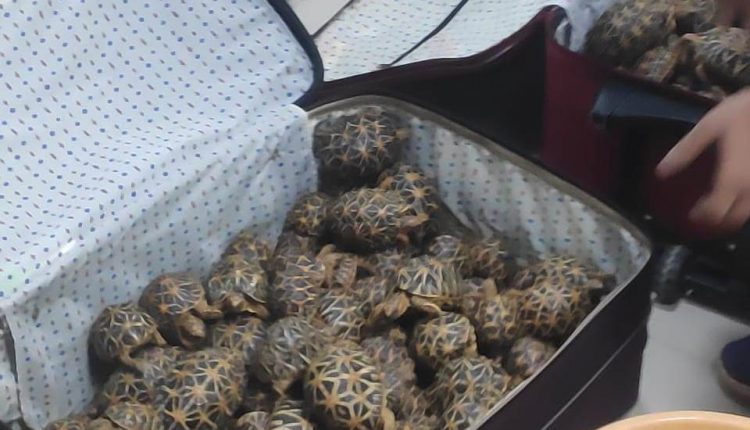 The Indian Star Tortoises being declared ‘vulnerable’ by ‘IUCN’ – International Union for Conservation of Nature and also protected under ‘CITES’ – Convention on International Trade in Endangered Species and are listed in Schedule IV to the Wild Life (Protection) Act, 1972 are prohibited for export under Foreign Trade Policy and the same are liable for confiscation under the Customs Act, 1962.

DRI officials said that the passenger was nabbed on Monday from AC coach of Navjeevan Express.

The passenger involved in the illegal transport of Indian tortoises for export out of India has been arrested under the Customs Act, 1962.