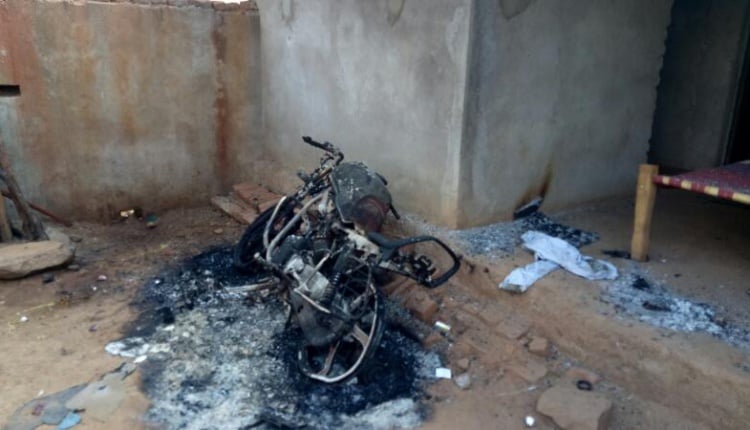 Rayagada, Apr 08: Demanding liquor ban in the state, Maoists set a liquor manufacturing unit on fire at Raghubari village under Ambadola police limits in the district late on Friday night.

According to reports, around 15 armed red rebels including three woman Maoists came to the liquor brewing unit and set it on fire.

Sources said, raw material for making brew, bottles, liquor pouches, documents and one motorcycle were damaged in the fire.

Apart from setting the liquor unit on fire, the Maoists beat four employees of the shop and demanding liquor ban in the state they left a posters before fleeing the spot.

Police seized the Moa posters and started investigation into the incident.