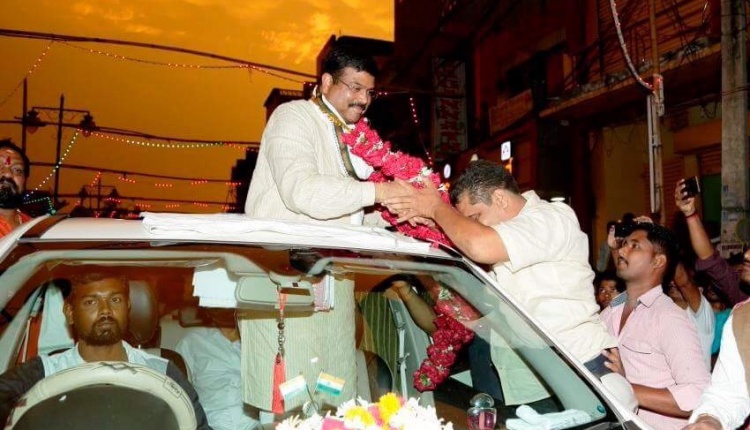 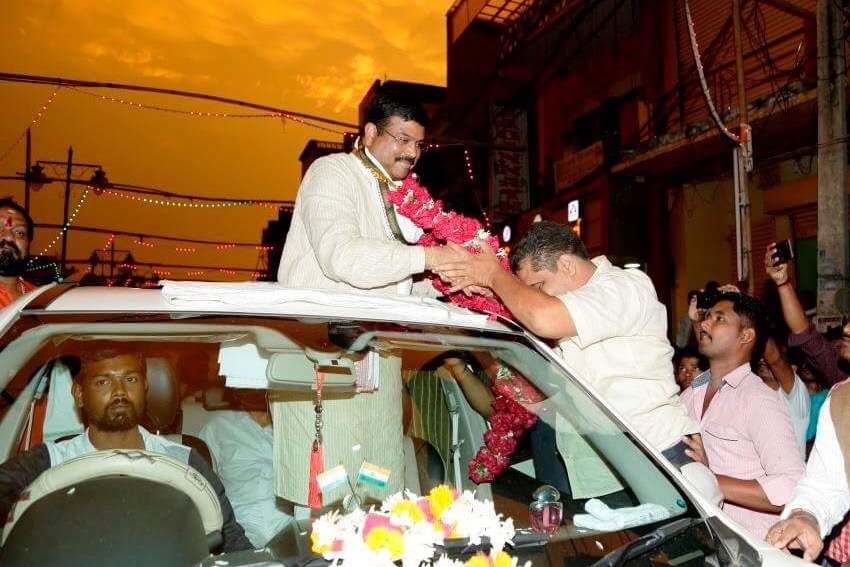 Berhampur: Unfazed by nearly 200 Bajrang Dal activists from the district rushing to Bhubaneswar to join the BJD, Union Petroleum minister Dharmendra Pradhan on Saturday launched his ‘Mission Ganjam’ in a bid break the stranglehold of the Biju Janata Dal (BJD) in party president and Chief Minister Naveen Patnaik’s own district.

He had a prize catch to show on the first day of his mission when CPI leader Krushna Chandra Nayak, who unsuccessfully contested the 2014 assembly polls, landed in the BJP’s lap. Nayak also brought in hundreds of cadres to the saffron party. The induction of Nayak and his supporters was certainly a major success for the BJP and Pradhan because the CPI has a strong presence and organisation in the Chhatrapur-Chamakhandi area where they come from.

As he launches his mission to make inroads in Ganjam, Pradhan is facing a direct challenge from BJD stalwarts – Surjya Narayan Patro, Bikram Keshari Arukha, Pradeep Panigrahi and Usha Devi, who have dominated Ganjam politics for long and have always tried to strengthen Naveen’s hand. During the recent panchayat polls, Ganjam was one of the very few districts in which BJD almost decimated both its rivals: Congress and BJP.

Ganjam is one of the three districts to be targeted by Amit Shah during his upcoming Odisha visit in June. And, Dharmendra is leaving no stones unturned to make the visit a huge success. A strong foundation has already been laid with the induction of several top Ganjam leaders into BJP in the recent weeks.

Ahead of Amit Shah’s visit, Dharmendra wants to consolidate BJP in Ganjam and give sleepless nights to Naveen. He has nothing to lose here. But, for the BJD, a lot is at stake. An interesting battle would be on the cards in Naveen’s home turf for sure!

Go to Villages, Work for People: Naveen to Leaders