BJP thanks Modi for his focus on Odisha 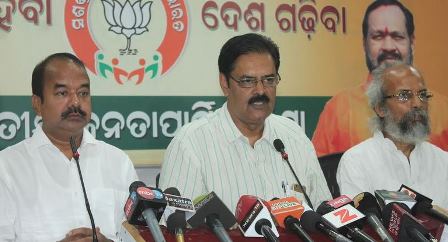 Bhubaneswar: The state unit of BJP on Monday thanked Prime Minister Narendra Modi for his special attention to Odisha during his three-year tenure.

BJP leader in the state Assembly K V Singhdeo hailed the Prime Minister during a press conference held at the party office to commemorate three years of the Narendra Modi-led NDA Government at the Centre,

The BJP leader drew attention to the fact that Modi visited the state five times in 3 years and recited the Odia patriotic poem Bande Utkala Janani during his official visit. The PM also joined in the celebration of different Odia festivals by wishing the people of Odisha early in the morning.

The Union government has also announced that the Paika Rebellion of 1817 will be commemorated in a big way.