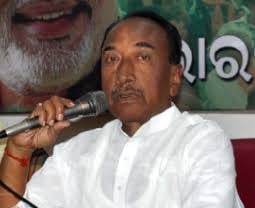 Bhubaneswar: Senior BJP leader Bijoy Mohapatra has hit out at his own party leaders at a time when Union Minister Dharmendra Pradhan is busy expanding party’s base in Kendrapara by inducting key leaders and workers from other parties.

Raising the IOCL Placement row again, Bijoy accused his party leaders of showing old data at a press conference a few days ago. “None from Jagatsinghpur or Kendrapara got job at IOCL in the last 3 years,” he added.

He also lashed out at some Bhubaneswar-based BJP leaders for acting like middlemen to defend the IOCL instead of allowing the PSU to clarify on the issue.

“IOCL does not belong to BJP”, he said.

Bijoy further clarified that he never worked against Dharmendra Pradhan nor would do in future. However, he lamented that he was not invited to Sunday’s ‘Mishran Parba’ in Kendrapara, which upset his supporters, who decided to stay away from the meeting.

BJP Posters burnt, torn in Kendrapara ahead of Dharmendra’s visit

Naveen’s Mantra to Collectors: Act as Agents of Change