Milk, curd not sold, but distributed free of cost in this village 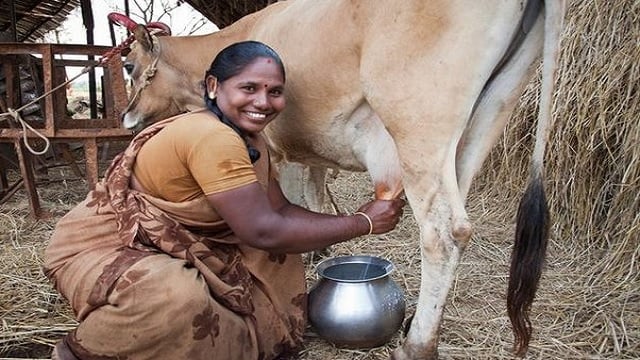 Each of the households in Chudiya village has 5 to 10 cattle. And they produce about thousand liters of milk per day.

As per the villagers, long years ago, a saint had visited the village. His name is Chinadhya. Then, the village had been affected by cholera. The villagers requested the holy man to find out a way to get rid of the deadly disease. Accordingly, he found a divine way and after some days the villagers got relief. It is said when the saint, the Baba left he had asked the villagers to remain refrained from selling milk, curd etc. It is said that even today the villagers abide advice of the Baba and they don’t sell but distribute milk products here.

It is further said that meanwhile some villagers had started selling milk at a point of time. However, they had to suffer heavy loss. And hence later nobody in the village tried to sell milk products.

Kishan Maharaj, a descendant of the said Baba had said, once a family of the village had bought buffaloes from Haryana. They had started a milk product business. The other villagers asked them not to disobey saying of the Baba, yet they continued their business. However, miraculously within merely one year 9 of their healthy buffaloes died for which the family had to suffer heavy loss.

The villagers distribute milk to poor people in the morning. Besides, they prepare cow ghee from the rest of the milk and store.

A fair is organised at the temple of the Chinadhya Sadhubaba. A feast gets organised on this occasion where the foods are made with desi ghee. The villagers eat this food as offering of Baba. It is said that the Baba had also asked the villagers not to sell some particular fruits.

New Generation Hyundai Verna spied ahead of launch in India, might get ADAS