Mumbai: There are many social media pages dedicated to Kareena Kapoor Khan’s two-year-old son Taimur Ali Khan. He is already a very public face at this age, all thanks to his super cuteness.

Recently, fans mistook another famous kid to be him. It so happened that Sunny Leone was out and about with her twins when her pictures from the outing went viral. In no time, fans took to the comments section to draw resemblances between Taimur and Sunny’s son.

Many fans even wrote that they thought Sunny was holding Taimur. And if one were to glance at the pictures, one would even agree that at least in this picture, the resemblance is quite uncanny.

While a fan commented, “Hahaha I thought why she is holding Taimur lol.” Another one wrote, “Looks like Tim Tim.” Not just this, some even compared them and wrote, “Tough competition for Taimur Ali Khan,” “Ye to Taimur ka bhi baap hai,” “Apke bete ne to Taimur ko bhi peeche chod diya.” 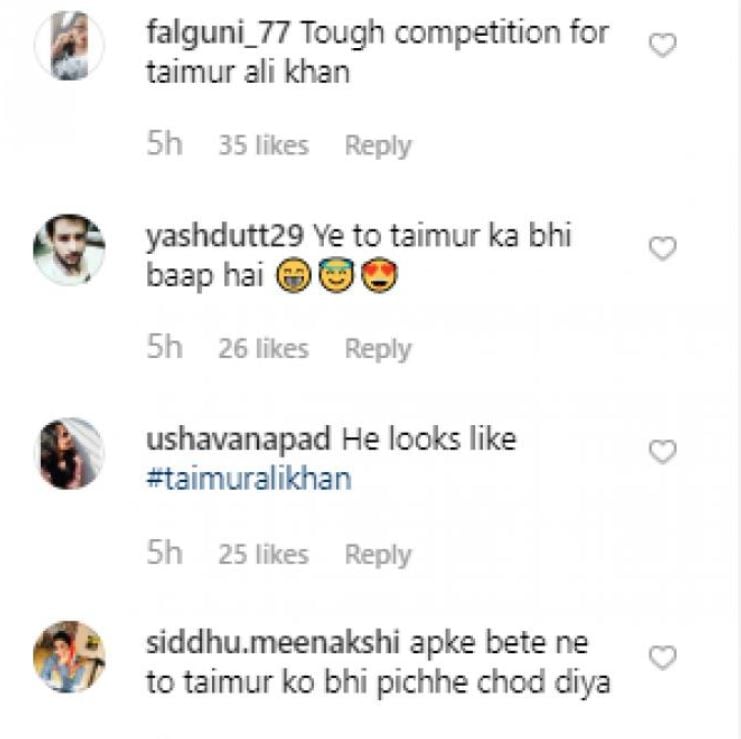