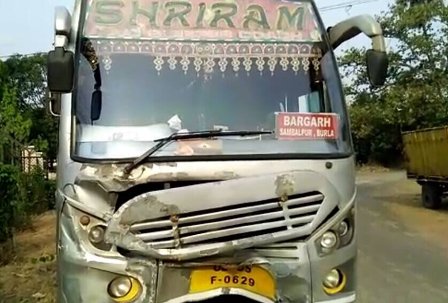 Three engineering students were killed when their motorbike collided head-on with a bus on NH-55 in Angul district in the wee hours today. The incident occurred near Hulursingha Chhak at around 2 am. The bus was travelling from Bhubaneswar to Bargarh.

While two students died on spot, the third died on the way to SCB Hospital in Cuttack.

According to reports, two students were from Ranchi, Jharkhand,  while the third was a resident of Angul. They were studying at the local Adarsh Engineering College.