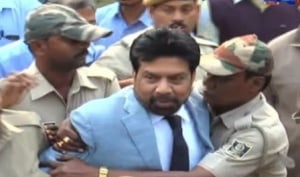 The court heard arguments on the bail plea of the Odisha Stevedores Limited (OSL) Chief over the bombing case, but deferred its verdict to June 20 as the government lawyer sought more time to present his side.

It is alleged that Mishra orchestrated the murderous attack on lawyer Abhay Bhatt in 2013 over a land dispute. Mishra’s aide Ganesh Sahoo had hurled bombs at Bhatt at Press Chhak in September 2013, the prosecution has alleged.

The court had granted conditional bail to Mahima in the sensatioaln Mahendra Swain murder case earlier.

The duo was arrested on December 25 from Bangkok on charges of conspiring to murder Swain in Paradip on October 26, last year.