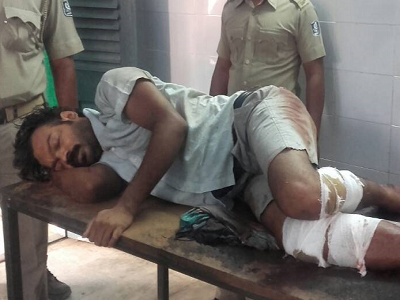 Dreaded criminal Lambu Tarini was arrested by the Ganjam district police from a cashew forest at Bhaliapali under Surada block on Sunday.

The Surada and Gangapur police, acting on a tip-off, intercepted Tarini and two of his aides while they were travelling to Surada from Kulangi on two bikes at around 5:30 AM.

Tarini and his assistants opened fire at the policemen forcing the cops to retaliate. After a brief encounter, Tarini’s associates managed to escape from the spot, but he sustained three bullet injuries on his leg.

Tarini, who has more than 30 criminal cases pertaining to attempt to murder, loot, extortion are pending against him at different police stations in the district, has been admitted to the Surada Community Health Centre.

This is the 21st encounter carried out by the Ganjam district police since 2012.