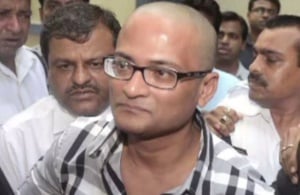 The Economic Offences Wing (EOW) of the Crime Branch of Odisha Police subjected Chairman of Rose Valley Group of Companies Gautam Kundu to a marathon interrogation on the first day of his four-day remand on Monday.

According to sources, the EOW is questioning Kundu about the money trail of the chit fund company, which has duped investors in the state of around Rs 750 crore.

The probe agency is also likely to ask the Rose Valley boss about the role of arrested TMC MPs Sudip Badyopadhya and Tapas Pal in his business deals.

The EOW took Kundu, who was lodged at Presidency Correctional Home in Kolkata, on a four-day custody after producing him before the designated court established under the Odisha Protection of Interest of Depositors Act at Balasore on Saturday.