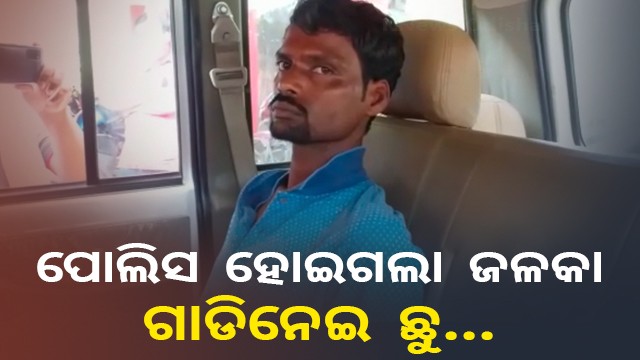 Dhenkanal: In an unusual incident, a youth who had been detained by Police, fled along with a van of the Police station on Wednesday. The incident took place in Dhenkanal of Odisha.

As per reports, while patrolling on Tuesday night, Police found a youth roaming suspiciously in the street in Dhenkanal. Police took him to the police station.

The man was identified as Dharmendra Swain of Hata Bainsia area under Gandia Police limits.

After taking him to the Police station, it was observed that the youth was mentally ill. Accordingly, he was freed today morning. However, later it was found that he fled along with a van of the PS as the driver had gone to bring drinking water while leaving the key of the vehicle in the keyhole only.

Astonished with the unusual incident, Police personnel alerted other Police Stations. Even personnel of Dhenkanal Town PS chased the vehicle in another Police vehicle and apprehended it in Khuntuni PS area.

The man has been detained in Police station and is being interrogated to ascertain whether he is really mentally ill or pretended.

Petrol, Diesel price might drop down to Rs 75 per litre and Rs 68 per litre respectively

Check the gold price today in your city on September 16