Winter in Odisha: Mercury likely to fall in the state over the next few days 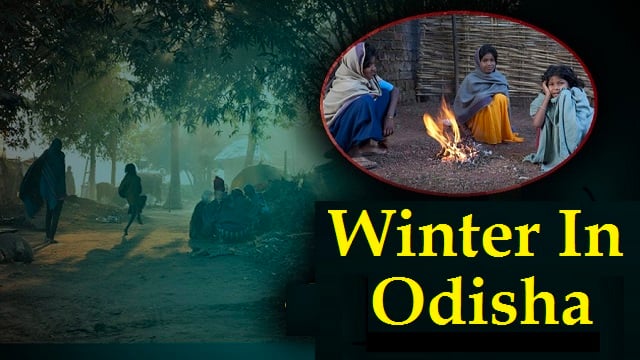 Bhubaneswar: As the mercury continues to fall in the state, some parts of Odisha are likely to experience shivering cold in the next few days.

Temperature during the night time is expected to fall by as much as two to three degrees in the upcoming days, especially in the Southern districts of Odisha.

No other major change is likely in the weather of the state after that.

It should be noted that MeT has predicted that some places in the districts of Kalahandi, Kandhamal, Rayagada, gajapati, and Koraput might experience shallow to moderate fog in the next few days.

Twin city is also likely to experience fog in the upcoming days. However, the weather will mostly remain clear.

One dies of elephant attack in Deogarh district