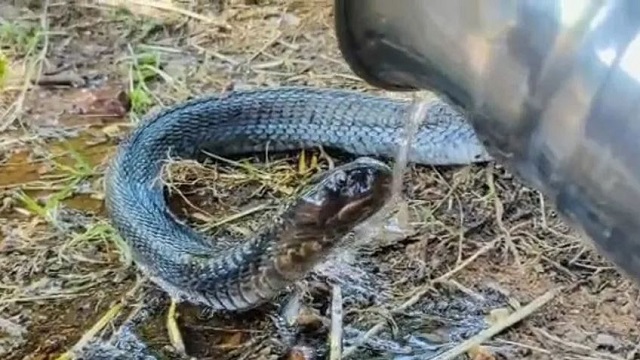 Whether a snake is small in appearance or big, seeing the condition of both, people mostly get scared. Therefore, whether human or animal, it considers its good to stay away from snakes. But now seeing the video, which has now surfaced on the social media, you will get goosebumps.

However, what was shocking the most is that one of the snake rescuers dared to give water to the snake. He took a water jar and quenched the thirst of the snake by giving it water from a very close point. The reptile also drank water very peacefully without harming anyone. Seeing this, everyone present at the spot was taken aback.

The video has been shared on the Twitter page of a journalist (@kumarayush21). Watch the video here: