Man Critical in Arrow Attack by nephew In Odisha’s Keonjhar 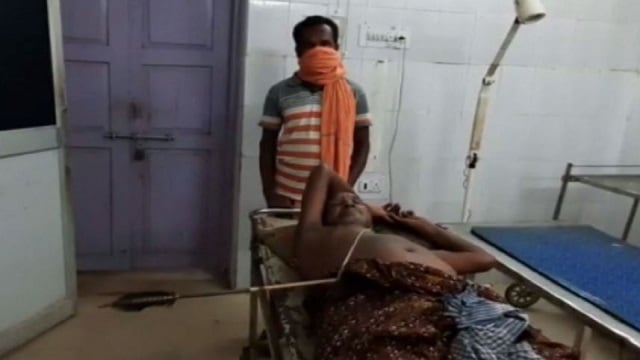 Keonjhar: In a shocking incident, a man sustained critical injury due to arrow attack allegedly shot by his nephew in Keonjhar district of Odisha. The incident took place in Panasadiha village in Tartara panchayat under Anandapur Police Station.

As per reports, one Murali Nayak was hit with an arrow allegedly shot by his younger brother’s son named Bodhia when the former was watching television in his house. The arrow pierced into Murali’s abdomen injuring him badly.

Following the incident, Murali was rushed to Anandapur Hospital for treatment by his family members.

While the exact reason behind the attack is yet to be ascertained, the family members have maintained that Bodhia has lost mental stability following the incident.