Daringbadi: As many as 146 students staying in a tribal girl’s hostel of UG Govt High School in Simanbadi under Daringbadi block, known as Odisha’s Kashmir have been deprived of minimum facilities and are facing dire consequences with the mercury dropping to 6 degrees.

The tribal students alleged that though the minimum temperature remains below 10 degrees Celsius and sometimes dips to below 5 degrees during the winter season, the state government has not provided them with winter clothes and cots.

The SC and ST hostel residents claimed that they were shivering in the intense cold as they are not given blankets. Moreover, they have no way other than sleeping on the cold floor. They further said that they do not have a generator, as a result they depend on kerosene lamps when there is power cut in the hostel. Some of them claimed that they have brought mattresses from their own house.

“It is extremely cold here during the winter season. With no cots in the hostel, we have brought cloth mattresses from our house. Even though the hostel was started on July 2015, government is yet to provide us cots. We have also brought winter clothes to cover ourselves as there are no blankets,” complained one of the student with a condition of anonymity. 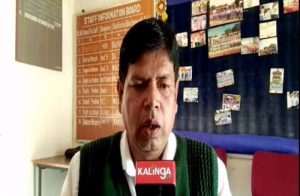 Supporting the students’ demand, Sisir Kumar Patnaik, headmaster in-charge of the UG Govt.High School said, “There are 146 students in the hostel. The hostel is about three years old and cries neglect from authorities, government has not provided cots and there is no generator that could serve during power failure. Often we apprised the concerned higher authorities about the matter. However no initiative has been taken in this regard.”