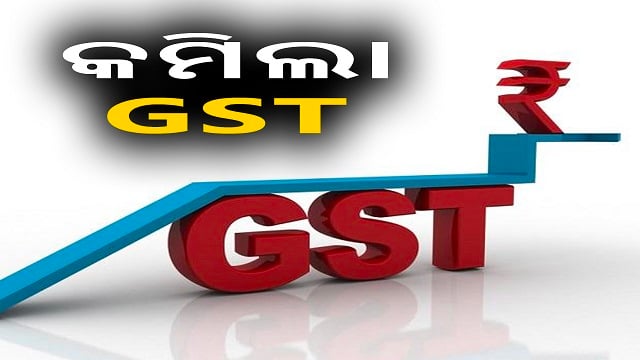 The central government has given huge relief to taxpayers on the Goods and Services Tax (GST) front. The Finance Ministry said that the tax rate of everyday use products like hair oil, toothpaste and soaps has been reduced to 18 per cent from 29.3 per cent in the pre-GST era.

The ministry said that earlier 230 products were in the highest 28 percent tax slab. Today, the slab of 28 per cent is levied only on non-profit and luxury items. Of these, 200 products have been moved to lower slabs. The ministry said the housing sector falls under the tax slab of five per cent. At the same time, the rate of GST on cheap houses has been reduced to one percent.

Cinema tickets were earlier taxed from 35 per cent to 110 per cent, but in the GST regime it is 12 per cent and 18 per cent. Most of the daily use items are in zero or five percent slabs. 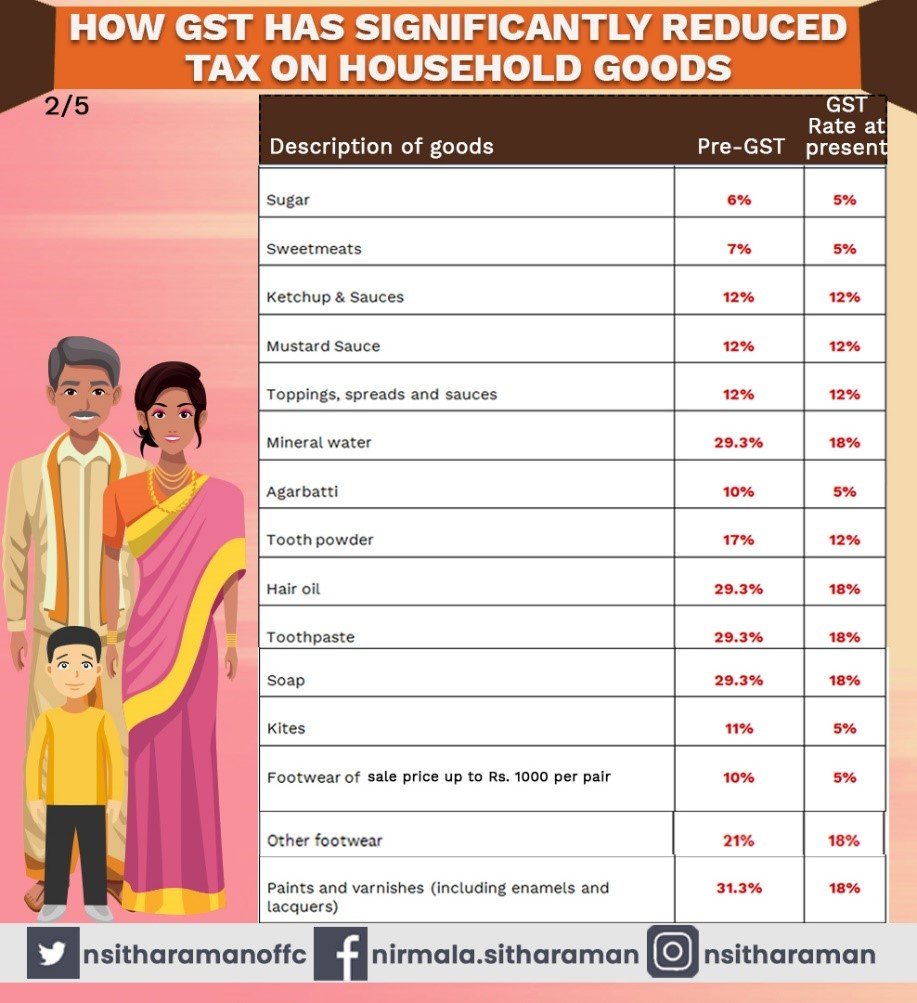 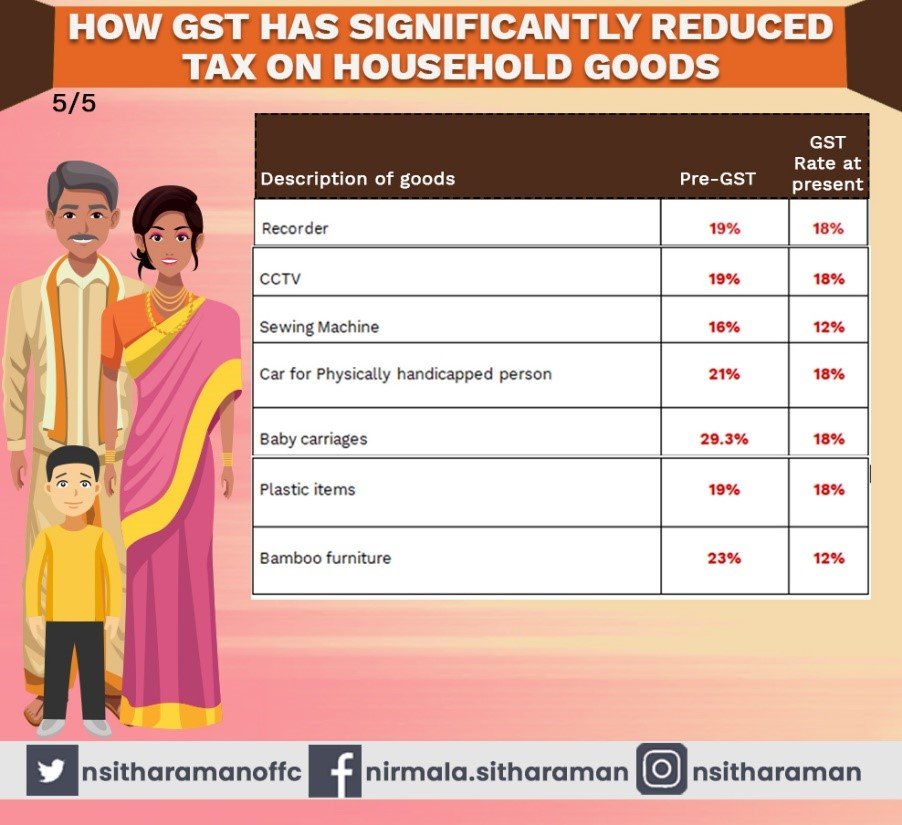