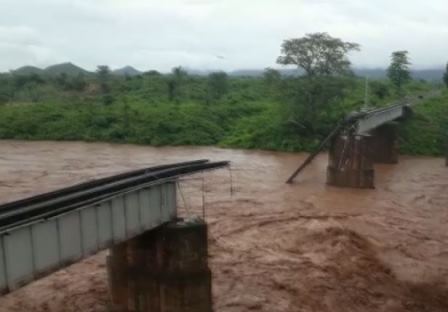 Patnaik said that the situation is being monitored from the state control room and the rescue operations are on by the ODRAF, CRPF and fire fighters.

The CM urged the Centre to provide four helicopters to intensify relief and rescue operations. He also asked the Union government to send the Army and Air Force to rescue the stranded people.

RDC, South-range and SRC will look into the matter, added Naveen.

A two-member team of doctors led by CDMO and ADMO, Rayagada has been rushed to the block. They are slated to provide medicines, saline and bleaching powder in the area.

Around 7000 people have been marooned in Kalyansinghpur block of Rayagada. The flood was caused after the hanging bridge at Binispur caved in due to increase in water level in Nagabali and Kalyani rivers.

Sources said at least three persons – a minor and two elderly persons – were swept away by flood water while around 60 people have taken shelter on roof tops at Jhilunda village and 10 others on trees at Kataguda village.

The entire block is now cut off from the rest of the world as roads at many places have been washed away and there is no electricity or phone connectivity due to the flood.

Trains passing through Ragagada district also have been disrupted as the railway track also has been washed away.