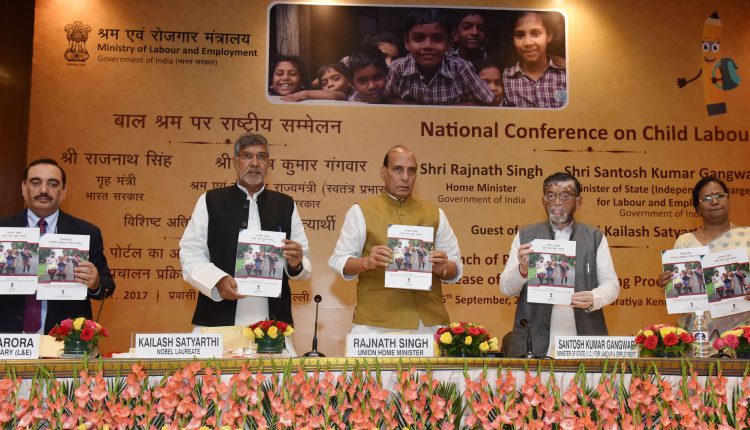 PENCIL (Platform for Effective Enforcement for No Child Labour) — an electronic platform for no child labour in the country is being developed by the Labour Ministry.

Speaking on the occasion, the Home Minister said, “Child labour is unacceptable in civilised society. People should take pledge to fight against child labour. ” Children are the future of country, so it high time we save every child, he added.

Labour Ministry has also appealed the people to eliminate the child labour . “Let us all come together & say #NoToChildLabour”, it wrote on Twitter.

The ministry, in a release said that it was felt that an online portal which connects the Centre to the state government, district and to all project societies would provide a mechanism for implementation.