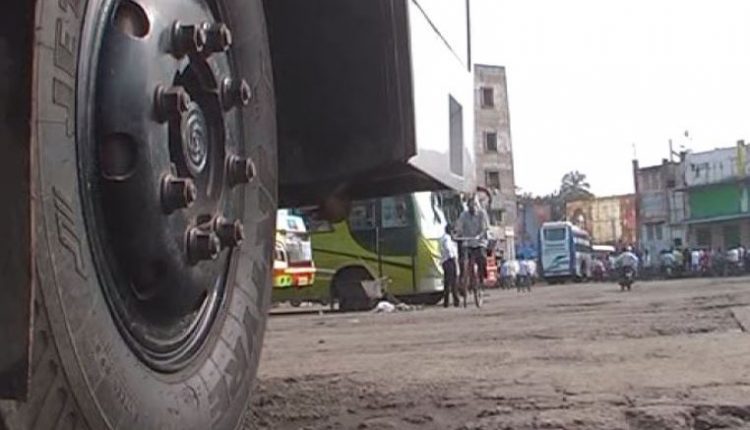 Berhampur: Bus service was badly hit in the Silk City Berhampur and commuters had a tough time on Tuesday as private bus owners’ association began a strike opposing the district administration’s decision to relocate the city bus stand temporarily.

All private buses plying in Berhampur town remained off road as a part of the strike which was launched post a meeting between the association members and the administration failed to resolve the issue.

Notably, due to repairing and renovation work at Berhampur bus stand the Ganjam district administration has suggested the private bus owners’ to relocate their service to Haladiapadar bus stand for two months, which they have refused to accept.

Instead, the private bus owners have decided to keep their vehicles off road till the completion of the repairing work.

Also Read: Daily Wager Drowns To Death After Falling Into Well In Keonjhar