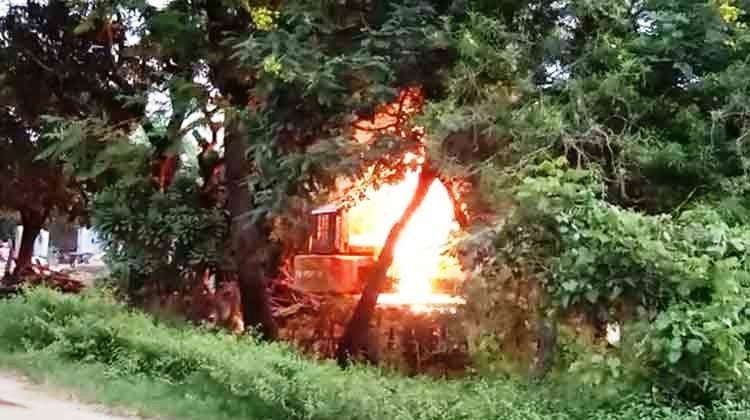 Dhenkanal: As many as seven persons were injured after a portion of a wall of a house collapsed during the expansion of NH near Badasuanla village under Kamakhyanagar police limits today.

Eyewitnesses said that the mishap took place when a bulldozer razed the wall of the house. The wall collapsed on five children and two women, who were present inside the house. The victims were immediately rushed to the District Headquarters Hospital for treatment.

Tension prevailed in the area after the incident as irate locals set the bulldozer on fire. The mob also blocked the road and vandalised a police vehicle.

Senior police and district administration officials have reached the spot and are trying to bring the situation under control.