Bhubaneswar: Soon after the emergence of a new variant of the Covid virus in Andhra Pradesh, which was termed as the AP strain, Odisha Government has taken some immediate and important steps to check this variant. An order was issued by the office of the SRC in this regard.

As per the order, Odisha government has taken certain steps in this regard. They are as follows:

The District Collectors of Ganjam, Gajapati, Rayagada, Koraput, Malkangiri and Nabarangpur were asked to put Boarder Check Posts (BCP) on all interstate roads along Andhra Pradesh and Telangana.

Anyone coming to Odisha from Andhra Pradessh and Telangana shall undergo mandatory institutional quarantine for 14 days in Cluster TMC to be managed by BDO/ EO of Urban areas.

Airport watch also will be kept for passengers coming from these two states. 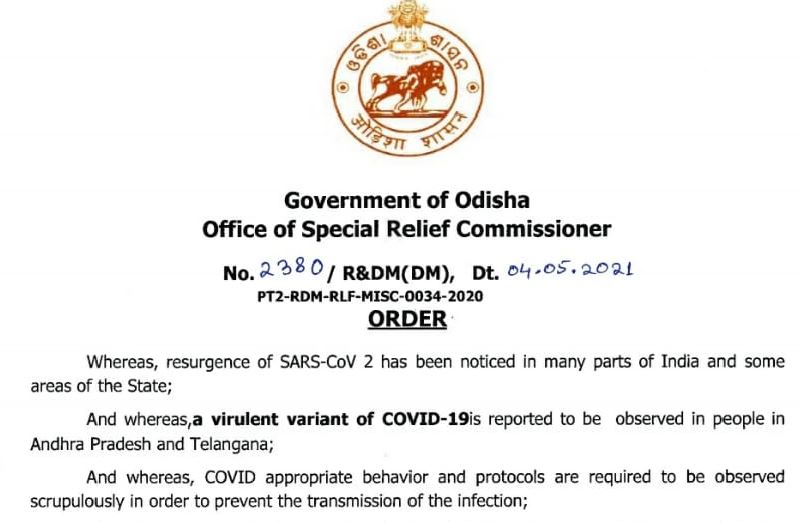 It is to be noted that though it is yet to be confirmed, the AP strain of Covid 19 discovered by CCMB (Centre for Cellular and Molecular Biology) N440K, is at least 15 times more virulent than the earlier ones, and may be even stronger than the Indian variants of B1.617 and B1.618.

Mahindra XUV 700 To Launch In India In This Month, Click To Know Details