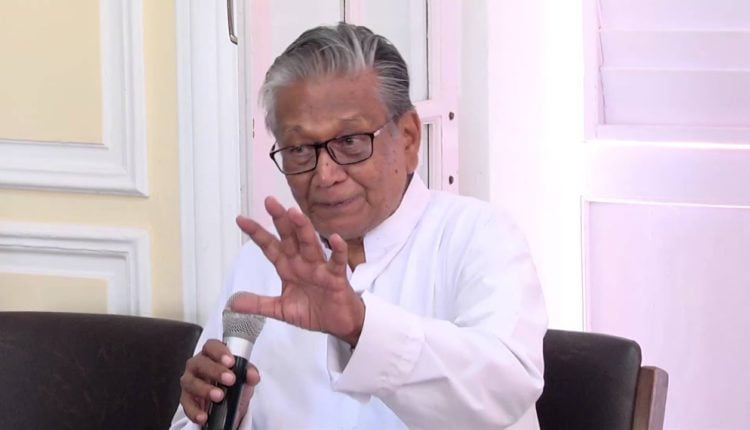 Bhubaneswar: An annual international award has been announced in the name of late Manoj Das, the great litterateur from Odisha who passed away recently. Odisha Chief Minister Naveen Patnaik has also announced to make his birthplace a museum and establish a library.

‘Manoj Das international literature award’ will be given to writers for their excellent writings in English. The award also carries a cash amount of Rs. 10 lakh.

Besides, another award, ‘Manoj Kishore Sahitya Pratibha Samman’ will be provided to High School students for excellent writing in odia and English literature. This award will carry Rs. 1 lakh.

Likewise, as per suggestion by the family members of the great writer, his ancestral place at Sankhari village in Balsore district will be taken up by the government where a memorial will be made in the name of Manoj Das and his elder brother historian Manmath Das. Pioneering works of literature by Manoj Das and history by his elder brother Manmath Das will be kept in a library in the memorial. The temple in the house premises will be taken care by the govt.

Also, special edition of Utkala Prasnanga, Odisha Review and Odisha Sahitya Ekademi published Konark to come up in the name of the later writer.