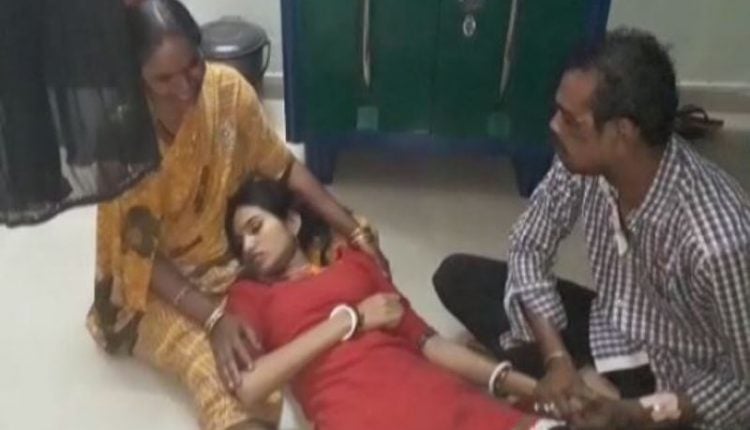 Angul: Tension ran high in Similipada village under Angul Police Station area in the district on Sunday after dead body of a newly-married woman was found hanging from a ceiling fan at her in-laws’ house.

The deceased identified as Priyanka Priyadarshini Sahoo of Dehadola village under Parjang police limits had been married off to Sweta Prakash of Similipada village some eight months ago and staying at the latter’s house located in Hanuman Bazar area, where the incident took place.

After the deceased was found dead in her room this morning her in-laws lodged a report in Angul Police Station claiming that she had committed over unknown reason.

On the other hand the family members of Priyanka lodged a complaint against her in-laws at the same police station and accused them of killing their daughter.

Meanwhile, police have sent the body for postmorteim and waiting for the report to decide the next course of action.