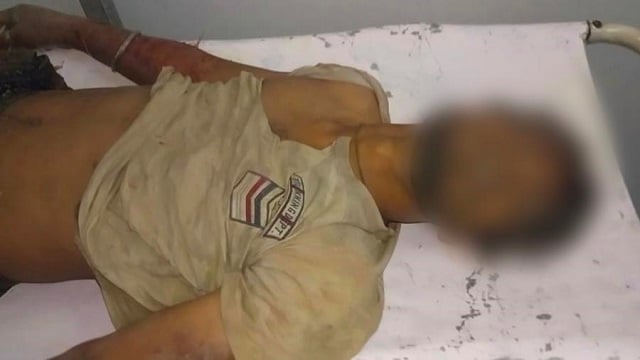 Balasore: In a bone-chlling incident, a youth was brutally beaten to death at Gunduripada area under Basta police limits in Balasore district of Odisha on Sunday. The incident occurred while the victim was attending a festival.

The deceased has been identified as Swabhiman Sagar Jyoti alias Bunty (21), son of Saroj Jena of Ueitikiri village.

According to sources, a huge crowd had assembled at Dolpadi village for a festival, just a few kilometers away from Gunduripada. Bunty had gone to watch the festival on his bike.

Jewellery Worth 6 Lakh Looted In Broad Daylight From…

Two Criminals having red beacon on their vehicle arrested in…

Moreover, his bike and mobile phone were stolen. Later, Basta police reached the spot and rushed Bunty to Balasore District Headquarter Hospital (DHH). However, doctors in the hospital declared him dead upon arrival.

During the investigation, police learnt that the deceased Bunty had several case against his name in various police stations. So, police suspect the murder was over a previously enmity while no exact reason has been ascertained yet.

On the other hand, rumors did round that Bunty and his friends had tried to barge into a house and commit robbery while everyone was busy enjoying the festival. Locals nabbed them and thrashed them black and blue.

While his accomplices managed to escape, Bunty was captured by the villagers and beaten mercilessly. It is suspected Bunty lost his life after being beaten by the villagers.

Meanwhile, police detained five people in this connection and launched a further probe into the incident.

Odisha: 14 People Who Arrived At Paradip Port In Ship Test Positive For Coronavirus