Fire breaks out at Barunei hill in Khordha 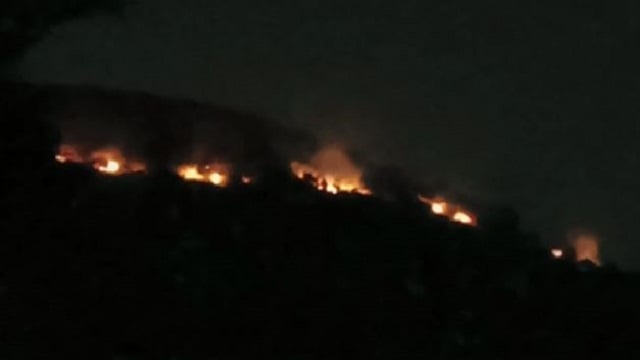 Khordha: A massive fire broke out at the Pandava cave area in the Barunei hill here this evening in Odisha.

According to reports, around 500-meter of Barunei hill is under fire. Further reports also informed that, it is suspected that some miscreants who came to visit the hill have allegedly flamed the area.

After the fire broke out, the local people alerted the forest department and Fire service team.

Fire Breaks Out At Home In Ganganagar Of Bhubaneswar, 2…

Property worth lakhs gutted in fire in Cuttack

As per the local people, if the fire did not extinguish sooner, it will likely wreak havoc in the local area. It might gut down the homes and college which is present under the hill.

As per the sources, the fire service team along with the forest department team is currently working to extinguish the fire.