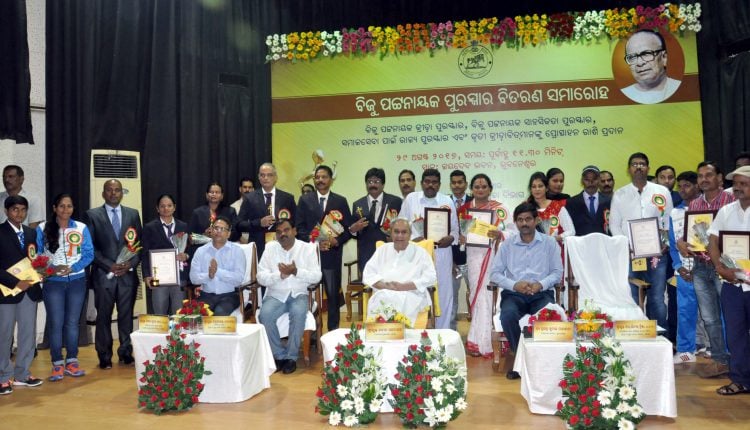 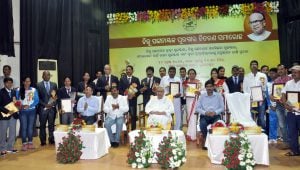 Bhubaneswar: On the birth anniversary of India’s hockey wizard Dhyan Chand, celebrated across the country as National Sports Day, the Sports and Youth Services Affairs Department of Odisha conferred the Biju Patnaik Sports award at Jaydev Bhawan on Tuesday.

This is the highest award instituted by the state government since 2001-2002 to recognise the contribution made in the field of sports in Odisha.

Coach Panchanana Gantayat was felicitated with the Lifetime Achievement award while Dutee Chand and Sanhita Das were awarded as the Best Sportsperson and Best Trainer award respectively.

Sports Trainer and founder of Utkal Karate School in Bhubaneswar Dr. Hariprasad Pattnayak has been awarded for the Best Contribution to Promotion of Sports and Games. Journalists Ashok Kumar Panda and Rajanikanta Satrusalya have been awarded for  their contribution towards sports journalism in Odisha.

Harischandra Hiaal and Mohan Garada, residents of Narayanpatna block in Koraput, were given the Biju Patnaik Bravery Award for rescuing five children during a flash flood last year.