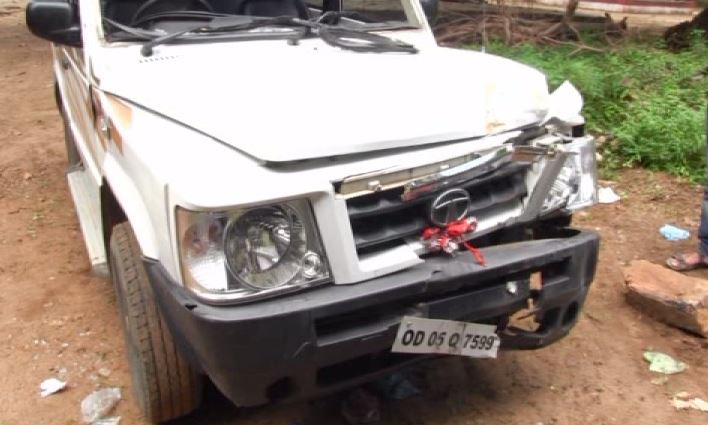 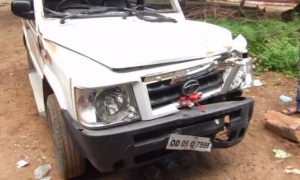 Bolangir: Commuters were left in a state of panic at the Tulsi Nagar Square in Bolangir town on Friday evening after a police vehicle lost balance and smacked into an 11 KV electric pole after hitting a man on its way leaving him critical.

The injured has been identified as Ganga Chandan of Ragudipada village.

The incident took place yesterday evening when Ganga was busy erecting a pandal at Tulsi Nagar Square for the upcoming Durga puja celebration. Rakesh Mohanty, a driver with Bolangir Reserve Police lost control over his official Tata Sumo vehicle near the pandal and hit Ganga first and then struck an 11 KV electric pole located nearby. Rakesh escaped from the spot immediately leaving the vehicle behind.

Ganga sustained critical head injuries in the incident and was rushed to the Bolangir District Headquarters Hospital (DHH) by some locals.

Locals are demanding stringent action against the accused Rakesh, who happens to be a police driver. They have also claimed that Rakesh was driving under the influence of alcohol.

Tension in Ramadevi over ‘Note for Vote’ during students’ polls