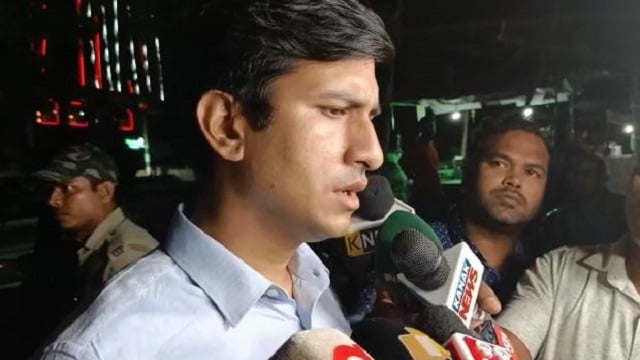 Bhubaneswar: A blank firing by three unidentified youths reportedly created a panic among the people at CRP Square of Bhubaneswar on Tuesday evening.

According to reports, three youths were standing in front of a paan shop at CRP Square at around 7 PM. A heated argument erupted between them, following which one of them took out a gun and resorted to blank firing and fled the spot before anyone could notice them. The allegedly fired two rounds of bullets.

Bhubaneswar DCP Prateek Singh and Nayapalli Police soon rushed to the spot after getting information and started a probe into the incident. They are verifying the footage of the CCTV cameras installed in the market area.

The police are said to have detained three persons for questioning.