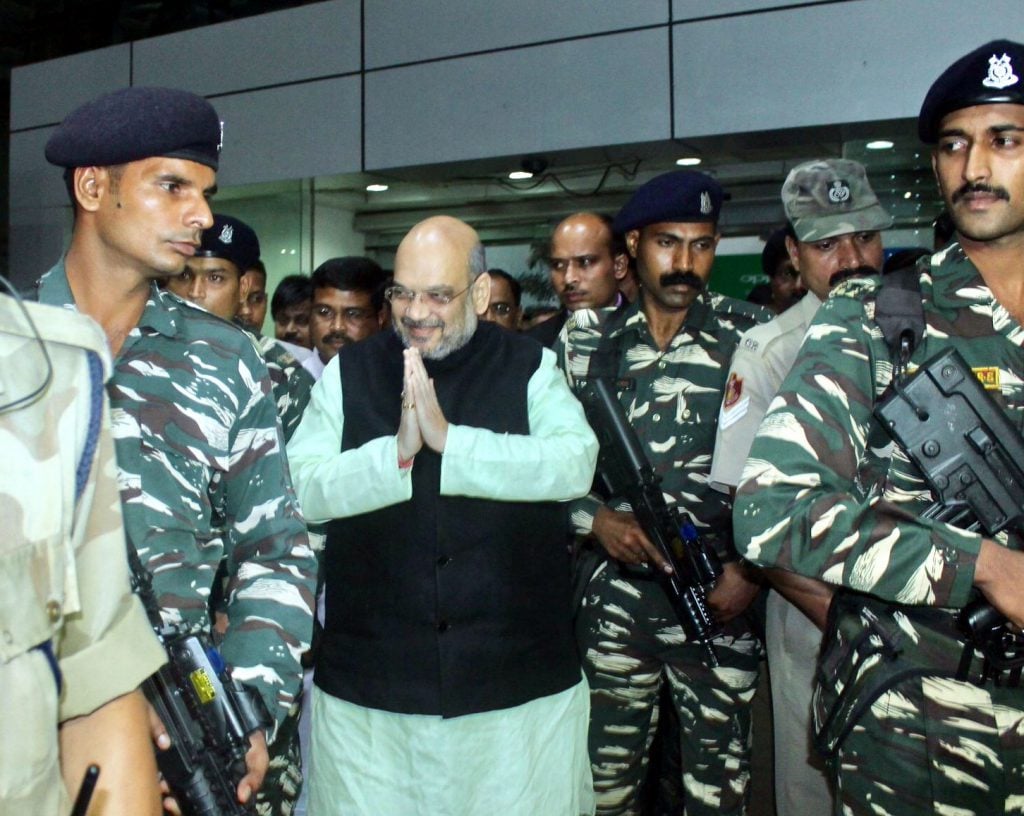 Bhubaneswar: In a bid to strengthen the party at booth level across Odisha, BJP President Amit Shah arrived on a three-day visit to the State late last night.

He was welcomed at the Biju Patnaik International Airport by senior leaders Dharmendra Pradhan, Jual Oram, Basant Panda, Sambit Patra, Arun Singh and many others.

Hundreds of party workers were present at the Airport to greet Amit Shah, who will start his whirlwind tour to three districts later today as part of ‘Mo Booth Sabuthu Majboot’ campaign.

On the Day 1, Shah will visit Ganjam district. He will hold Jan Sampark campaign in Hugulapata, address the workers and take lunch with five families from backward community.

Later, he will address the party workers at BDA Ground, Vivek Vihar, Ambapua, Berhampur. Shah will then return to Bhubaneswar and visit Jajpur district. On July 6, he will have programmes in Khurda district.