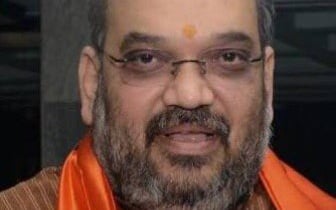 During his visit, Shah will attend the ‘Mo Booth Sabuthu Majboot’ jana sampark (public relations) programme and address party workers in different places of Ganjam, Jajpur and Khurda districts. This was announced by Basanta Panda, President of the state unit of the saffron party in a press meet here today.

Panda said that the national president of BJP will attend programmes in Ganjam, Jajpur and Khurda on July 4, 5 and 6 respectively.

On July 4, Shah will leave for Hugulapata under Kukudakhandi block in Ganjam district by road from the capital city. He will hold jana sampark with five households and meet the booth karyakartas at 12 PM to 1 PM. Then, he will have his lunch in one of the families before leaving for Berhampur.

Amit Shah will arrive in Berhampur at 3.30 PM and will address booth workers of four districts during a meeting at BDA Ground in Ambapua. He will then return to Bhubaneswar and spend the night here.

On the following day, the saffron party supremo will hold jana sampark programme with five households in Aregaon in Jajpur district at 12.30 PM. Later, he will take stock of the party organization and address booth level workers at 1.30 PM.

Apart from his meeting in Aregaon, Shah will also address the booth karyakarta sammelan (workers’meeting) of six districts in Panikoili. He will return to Bhubaneswar at 8 PM.

Sources said that on his way to Aregaon, he will offer prayers at Biraja Temple at 11.30 AM.

On July 6, Shah will hold ‘Mo Booth Sabuthu Majboot’ programme at Basantpur village near Dhauli at 11.30 AM on July 6.

He will also have a meeting with the state office bearers, district pravaris, district presidents and state executive members between 4 PM and 5.30 PM before departing at 6 PM.