Abhijit Iyer to appear before Odisha Assembly on Oct 23 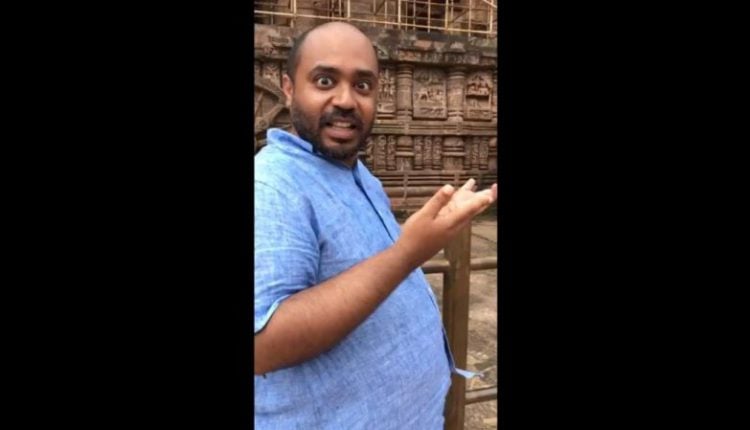 Bhubaneswar: Journalist Abhijit Iyer Mitra, who landed in controversy and was arrested after making derogatory remarks against Odisha’s Konark Temple and Odia culture, today informed that he will appear before the State Assembly on October 23.

“I have realised that it’s probably best that when on a public platform, you keep quiet and be more reflective & mature about what you say. I’ll be standing in front of Odisha Assembly on 23rd October,” said Abhijit while speaking to news agency ANI.

Abhijit also apologised for his “nasty” comments against Chief Minister Naveen Patnaik, the CM’s office and members of the Odisha Assembly saying that he was under “immense stress” at that time.

“Some of the nastier things I said about CM, the office, the Assembly, I was under immense stress & I would like to apologise for that unreservedly,” he said.

“I’ve always held Odisha in high regard. One of the reasons I visited was to look at history & contribution to Indian culture. I love Odisha. If you read my research writing, a lot of it is always praising Odisha. My Twitter account is more for fun, not professional,” he added.

On September 16, Abhijit had posted a video on his Twitter handle making derogatory remarks on the Sun Temple in Konark while being present at the spot.

The incident had created massive resentment among the people in the state.

The state Assembly moved a privilege motion against the journalist seeking stringent action against him, following which Speaker Pradip Amat approved the proposal and had formed a House Committee under the chairmanship of Leader of Opposition Narasingha Mishra to probe the matter.

The House Committee had issued a notice to Abhijit to appear personally before the panel on October 11. However, he failed to appear. Later, another notice was sent to him for appearance before the committee on October 23.

Besides, two FIRs have been registered against Abhijit at Konark and Saheed Nagar police stations under different sections of IPC. Odisha Police had arrested him in Delhi on September 20. Later, he was granted bail by a Delhi court till October 5 which directed him to cooperate in the probe. However, the Supreme Court had refused to grant him bail on October 4.

Restoration works in Naupada-Gunupur section are in full swing