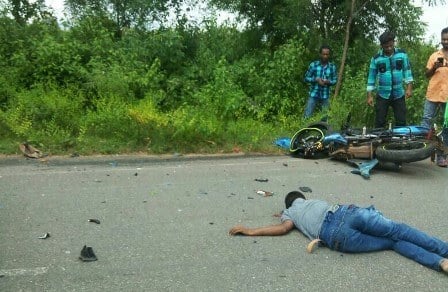 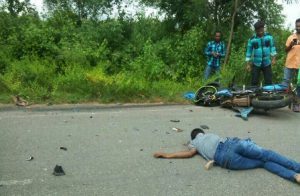 The deceased have been identified as Vikash Panda and Bhagaban Gouda of Panchabhuti village.

The duo was heading to Panchabhuti on a motorcycle when a speeding 407 truck struck them head on near Nuajirabadi village. While Vikash died on the spot, Bhagaban was rushed to the Jagannath Prasad Community Health Centre (CHC) where doctors declared him brought dead.

The driver of the pick-up truck has managed to flee from the spot after the accident.

Jagannath Prasad Police have seized the dead bodies and started an investigation.