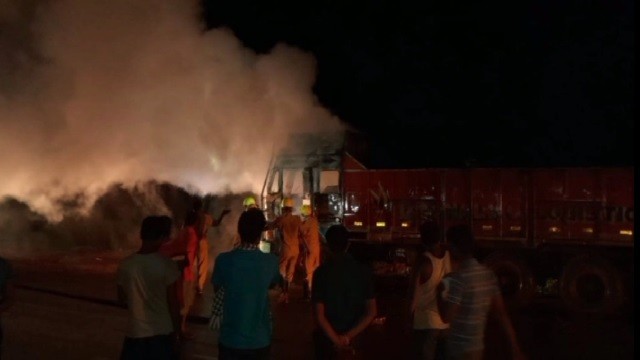 Keonjhar: A 10 wheeler truck has caught fire near Suakati village under Sadar police limits in Keonjhar district of Odisha on Friday night.

The locals spotted the truck on fire and immediately informed to the local fire fighters.

On getting the information,  the Keonjhar fire fighters arrived at the spot and brought the blaze under control.

Earlier on July 22, a 12 wheeler truck also caught fire. It is to be noted that two trucks caught fire within 24 hours in Kendrapara.

The cops have initiated a probe into the matter to ascertain the cause of the fire that took place on both the nights.

More than 14,000 people evacuated in California due to massive wildfire