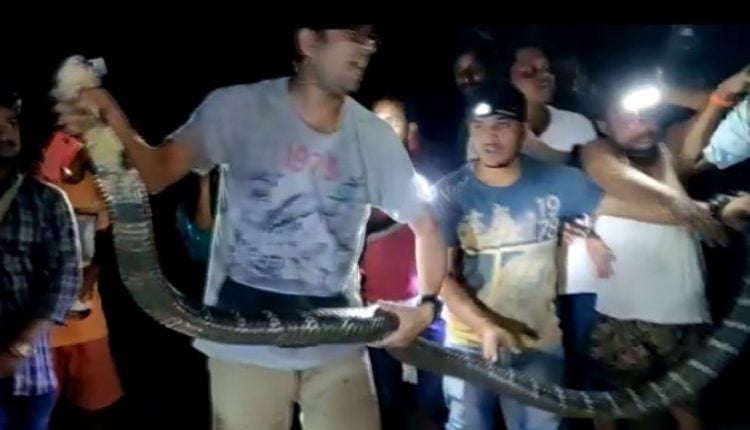 The owner of the poultry farm Prashant Kumar Jena spotted the reptile and immediately informed the forest officials.

Later a team led by wildlife warden of Nilagiri forest division, Prakash Mardaraj rescued the snake with the help of villagers. Forest officials said that the snake has been released into the Kuldiha forest this morning.

How Lata Mangeshkar wished sister Asha on her birthday