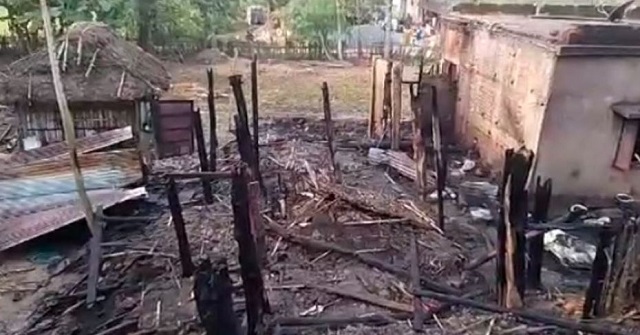 Bhadrak: Around 15 houses were gutted in massive fire in Akuli village of Bhandaripokhari block in Bhadrak district last night.

No injuries have been reported so far and properties worth lakhs have been destroyed.

Report says, the blaze broke out at one Raj Kishore Swain’s house at late night. After witnessing the fire the neighbours tried to put out the blaze. But in vain, following which the fire started spreading to other people houses.

The locals informed the Bhandaripokhari and Jajpur fire department. On being informed, the fire tenders reached the spot, around 15 houses of five families were gutted in fire and properties worth lakhs were burnt into ashes.

By the time the blaze was extinguished, one motorcycle, and two cattle were charred to death. The cause of the fire is yet to be ascertained.