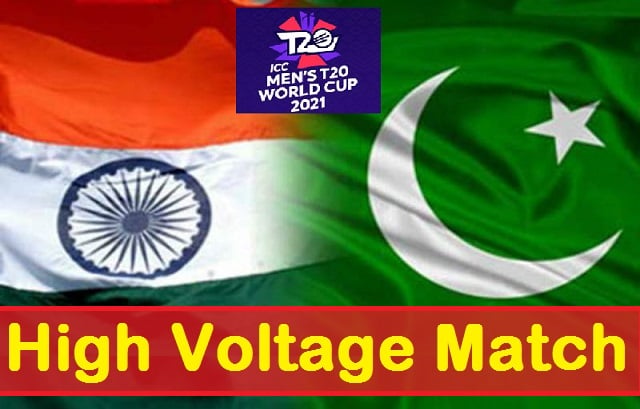 Dubai: India to begin their ICC men’s T20 World Cup campaign in a high-octane ‘Super 12’ match against Pakistan at the Dubai International Stadium tomorrow. Both the teams are in the group 2 of the tournament.

The Indian players are mentally, physically and tactically in the groove as they have already beaten England and Australia in their warm-up games earlier on October 18 and October 20 respectively.

On the other hand, Pakistan defeated West Indies in their first warm-up match but lost the next match to South Africa.

When it comes to the ICC T20 World Cup records, they have played five matches out of which India have won all the matches.

The match will start at 7.30 PM IST. You can watch the match live on Star Sports Networks and the live streaming will be on Disney + HotStar. Besides, you can track the match at MyKhel.

India to play the next match against New Zealand on October 31. Here is the complete schedule of India’s match in the tournament: 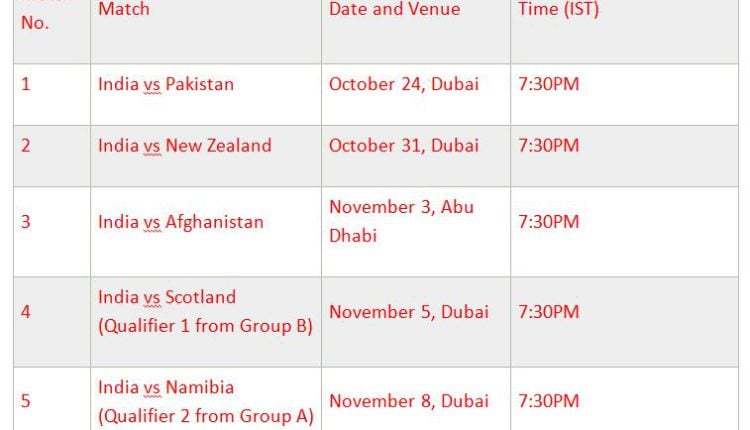