No harm in identifying new T20I captain; if his name is Hardik Pandya, so be it, says Ravi Shastri 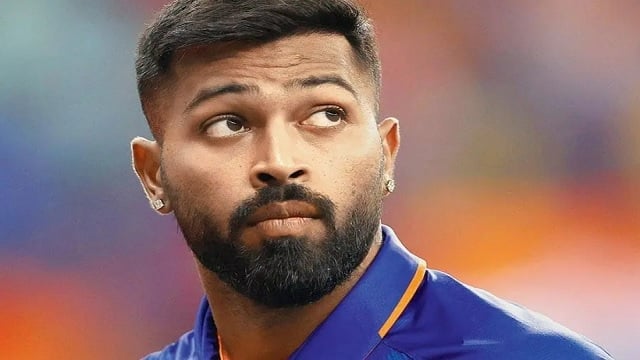 Wellington: Former India head coach Ravi Shastri feels there should be no harm in India looking at the prospect of appointing a T20I captain in order to change their fortunes in playing the shortest format of the game.

Currently, Rohit Sharma is the Indian skipper across all formats. But India are being led by Hardik Pandya for the T20I series against New Zealand while Shikhar Dhawan will take over as the skipper in the ODI series against the Blackcaps as selectors decided to rest Rohit and other senior players after the end of T20 World Cup.

Pandya had first captained India in a 2-0 away series victory over Ireland June this year, after he led Gujarat Titans to IPL 2022 title in their first appearance of the tournament. He also led India in the fifth T20I against the West Indies at Lauderhill, USA, in August, where the visitors won by 88 runs to complete a 4-1 series triumph.

“For T20 cricket, there is no harm in having a new captain. Because the volume of cricket is such, that for one player to play all three formats of the game is never going to be easy. If Rohit is already leading in Tests and ODIs, there is no harm in identifying a new T20I captain and if his name is Hardik Pandya, so be it,” said Shastri in a virtual press conference organised by Prime Video ahead of first T20I at Wellington.

Former India left-arm pacer Zaheer Khan felt that processes of having multiple captains in the side were already in place. “I think there are already multiple captains. When you are taking about T20 right now, you have Hardik leading the side, then you have Shikhar for ODIs. Rohit has been there and Virat had been there. You look at the playing eleven who have been a part of the T20 World Cup.”

“There were so many captain who were a part of the squad, like Rishabh (Pant) has captained. All these players are more than capable. It’s just about the planning right now. Depending on the scheduling, planning and workload management, everyone has been seeing these changes. As we speak, these processes are already in place.”

Shastri felt that giving constant breaks to the Indian coaching staff led by head coach Rahul Dravid was not good, citing that player-coach relationship will be affected. “I don’t believe in breaks. Because I want to understand my team, I want to understand my players and I want to then, be in control of that team. These breaks, what do you need that many breaks for, to be honest? You get your 2-3 months of the IPL, that’s enough for you to rest as a coach. But other times, I think a coach should be hands-on, whoever he is.”

Both Zaheer and Shastri were unanimous in backing young tearaway pacer Umran Malik to be a long-term prospect for the Indian team. Malik, who caught everyone’s attention with his high speeds in IPL 2021 and 2022, had debuted for India against Ireland and played three T20Is till date. With him being included in the T20I and ODI squads against New Zealand, it will give India much-needed variety in the bowling attack.

“If everything is in one package, then even better but if not, you would like to use the variety in your bowling lineup and use different conditions well by approaching that way. Umran has been a very exciting talent, there is no doubt about it and this kind of exposure at this level, is definitely going to help him.”

“It is about how he takes up things forward and how quickly he learns at this stage is going to be very crucial if he wants to grab that spot in the playing eleven consistently and then cement his place,” elaborated Zaheer, a 2011 ODI World Cup winner.

Though many believe that Malik’s pace can be a serious asset for the Indian bowling attack, there is a school of thought which thinks that his raw pace needs time to be combined with consistency in line and length before being unleashed at the international level.

“Just adding to what Zaheer said, he is one of the fastest bowlers in India and you saw what happened in the World Cup where genuine pace rattled opposition, whether it was Haris Rauf, Naseem Shah from Pakistan or Anrich Nortje playing for South Africa who became one of the highest wicket-takers in the tournament.”

“So, there is no substitute for genuine pace, even when you are defending small totals. So this is an opportunity for him. Hopefully, he will learn from this exposure,” concluded Shastri, a 1983 ODI World Cup winner.