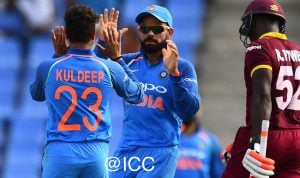 North Sound: Team India registered an emphatic 93-run victory over the West Indies in the 3rd ODI to take an unassailable 2-0 lead in the series with two more matches to go.