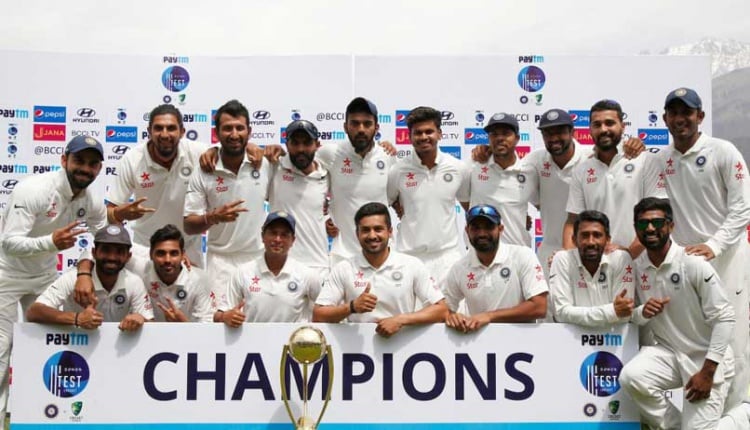 Resuming at yesterday’s score of 19-0, Rahul smashed nine boundaries in his 51-run knock besides stitching a 60-run stand with Rahane (38 off 27 balls) to help India reach the 106-run target on Day Four in less than a session.

Needing 87 runs to win on the fourth day, Rahul seemed to be in a hurry as he started off with a flurry of boundaries to take the home side even closer to the target.

Meanwhile, Rahane, who was leading the side in the absence of injured skipper Virat Kohli, came out and calmed the nerves in the dressing room by hitting Pat Cummins for two back to back boundaries.

For Australia, Pat Cummins was the only bowler to add a wicket in his account. Earlier, an exemplary bowling performance by India saw Australia bowl out in their second innings for only 137, leaving the hosts a modest target of 106 to win the match and the series. Glenn Maxwell (45) was the highest scorer for the visiting side.

While Ravindra Jadeja, Umesh Yadav and Ravichandran Ashwin bagged three wickets each, Bhuvneshwar Kumar also chipped in with a wicket.

Jadeja was declared ‘Man of the Match’ as well as ‘Man of the series’ for his brilliant contribution with both bat and ball throughout the four-match Test series.